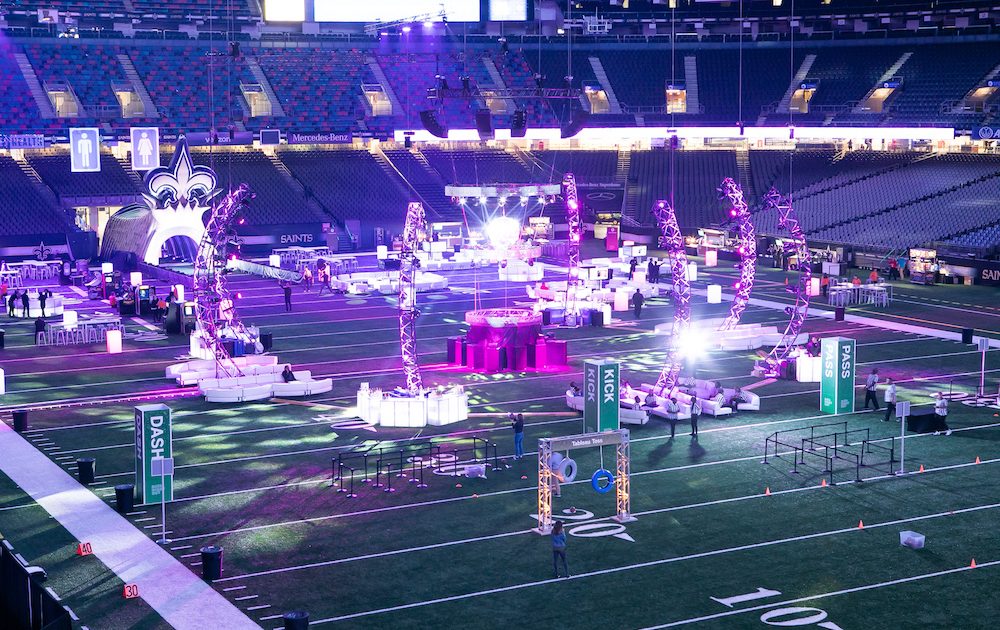 Each year Tableau Software holds a large international conference where users, experts and attendees come together from all over the world to learn, network, and celebrate a shared love of data-driven insights. In 2018 the conference was held in New Orleans. The final night of the conference is always a big party, and this time it was held at the Mercedes-Benz Superdome. As one conference veteran advised newbies on his blog: “Do NOT miss ‘Data Night Out.’ This is a party experience that you will not believe.” That was a big reputation to live up to, so when a destination management company called us for themed interactive entertainment, Amusement Masters jumped to attention.

The only thing that attendees knew about the event was that they would be partying in the stadium, and that there would be Cajun and Creole food and jazz music. They were not expecting a night chock full of interactive football activities, video and physical games all lit up in neon colors. The event took place over four hours. 18,000 guests were invited, but there was plenty of space for them in the stadium and outside on the plaza, where the party continued. The inside fun was divided into different areas of the Superdome floor.

Amusement Masters turned the far end of the field into a video arcade. Eight pods of four arcade games enticed guests with their whirring and flashing lights. Classics from the 80s and a few other popular choices were mixed in among the sport-themed games. For those who preferred modern video gaming, we had eight XBOX Ones and eight PlayStation 4s playing the latest football game Madden NFL18. Staff were generously assigned one person per two pods of four consoles, so that any guest needing assistance could quickly get a lesson. The pods were built as lounges using illuminated cubes and 72” flat screens. White furniture set in a circle around the gamers allowed plenty of people to look on, while black light gave the game lounges a cool glow.

At the other end of the field we had physical football experiences to emulate a real training session on the Saints’ home turf. These games had been built in-house with truss, painted tires, wood and customizable header panels. The two 40 yard dashes ended with a up lit truss customized with the sign “40 Yard Data Dash”. Field Goal Kick and Passing Practice tested guests’ accuracy, while the toughest guests donned a helmet and shoulder pads to race with our heavy training sled. Throughout the event, our staff were dressed in referee jerseys for a fun thematic touch.

Down the side of the stadium floor, guests could soar down the field from a platform 34’ high. Our mobile zip lines were the ultimate rush as guests zipped 220’ and up to 21 mph.

Best of all, this was not just fun for football fans. Plenty of guests were unfamiliar with the training techniques and football-themed video games, but still loved the thrill of being right there on the field. It was a fantastic football fest that brought out even the most introverted attendee to have fun with their fellow dataheads. Amusement Masters is proud to have had the “Data Night Out’ event nominated for a 2019 Allie Award. 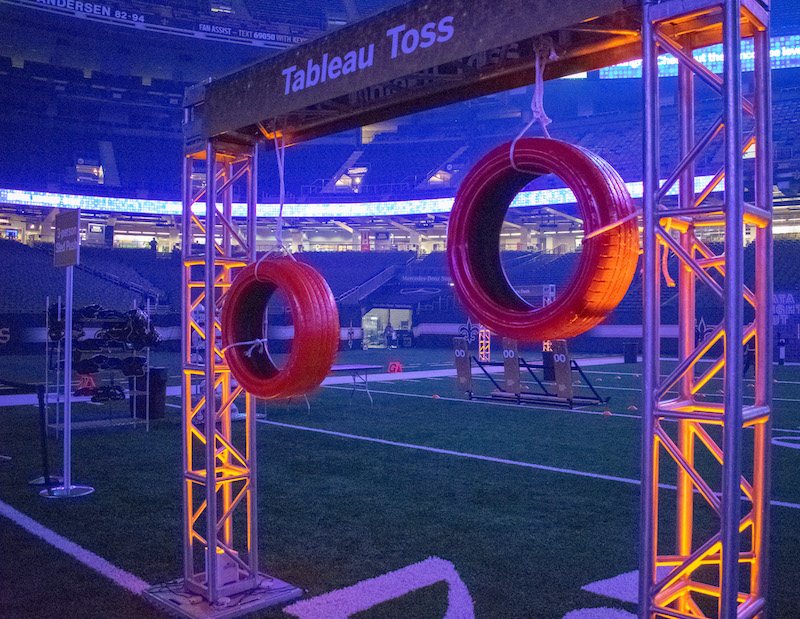 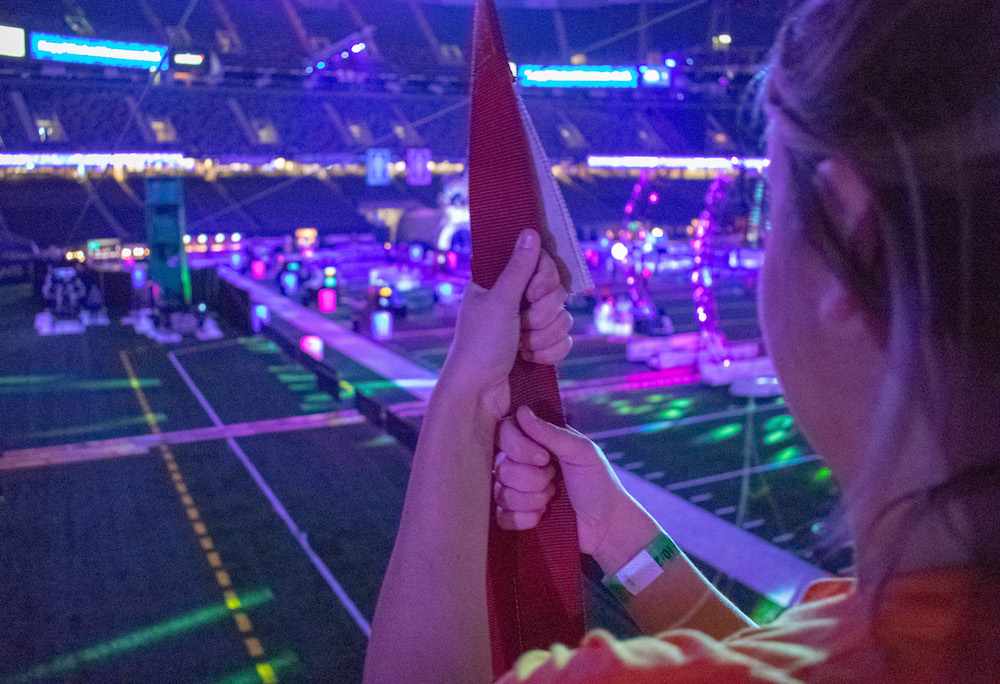 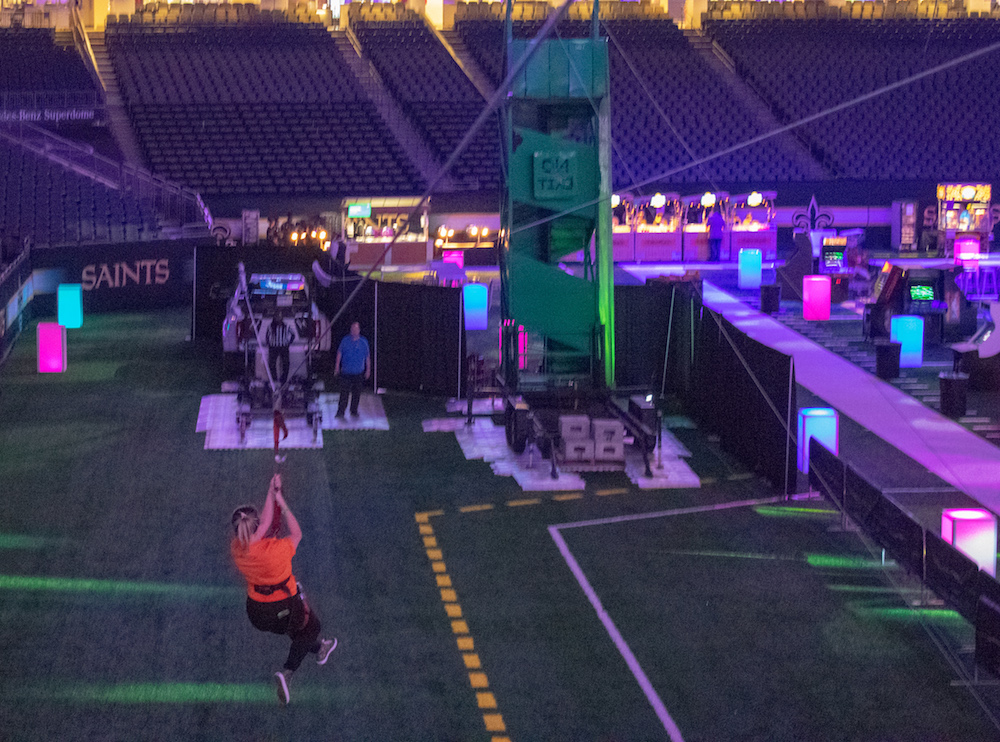 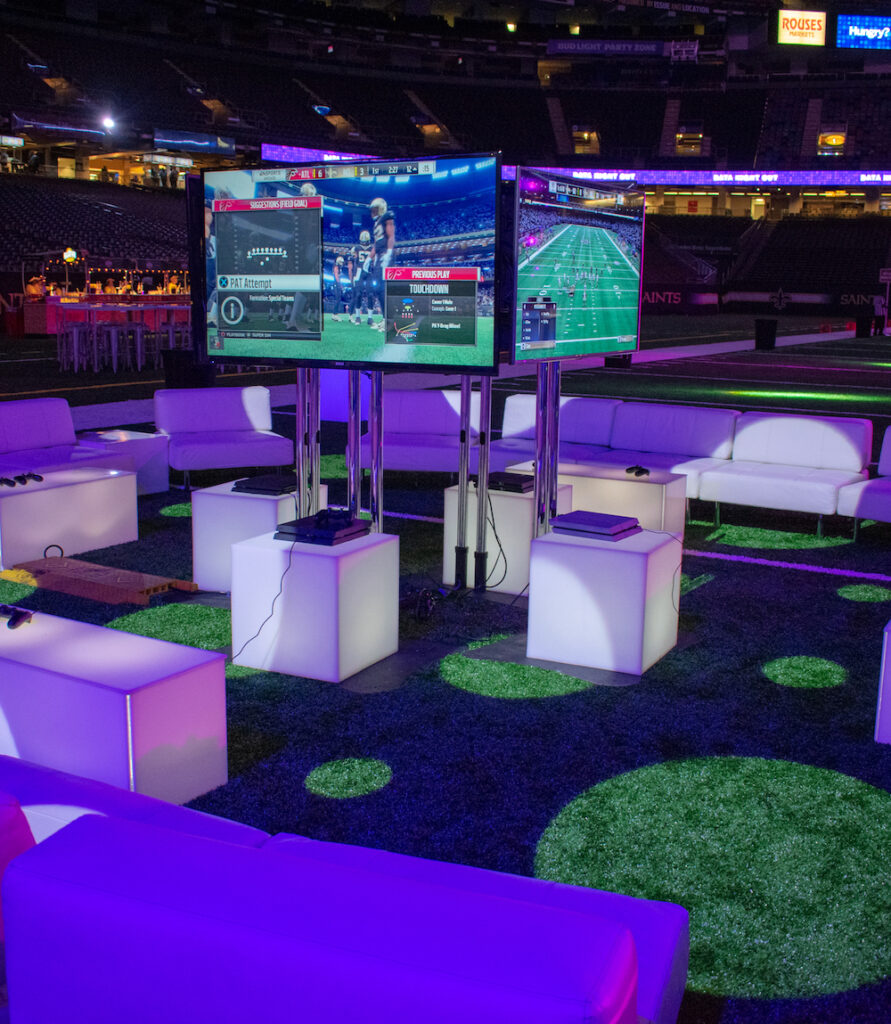 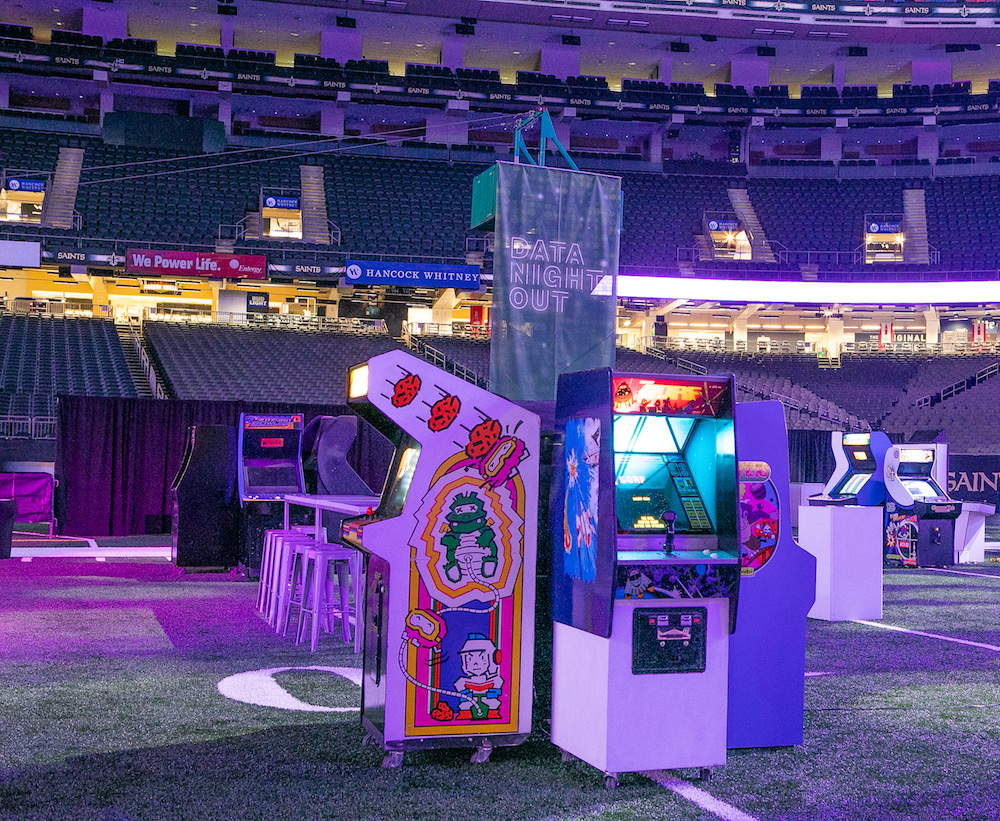 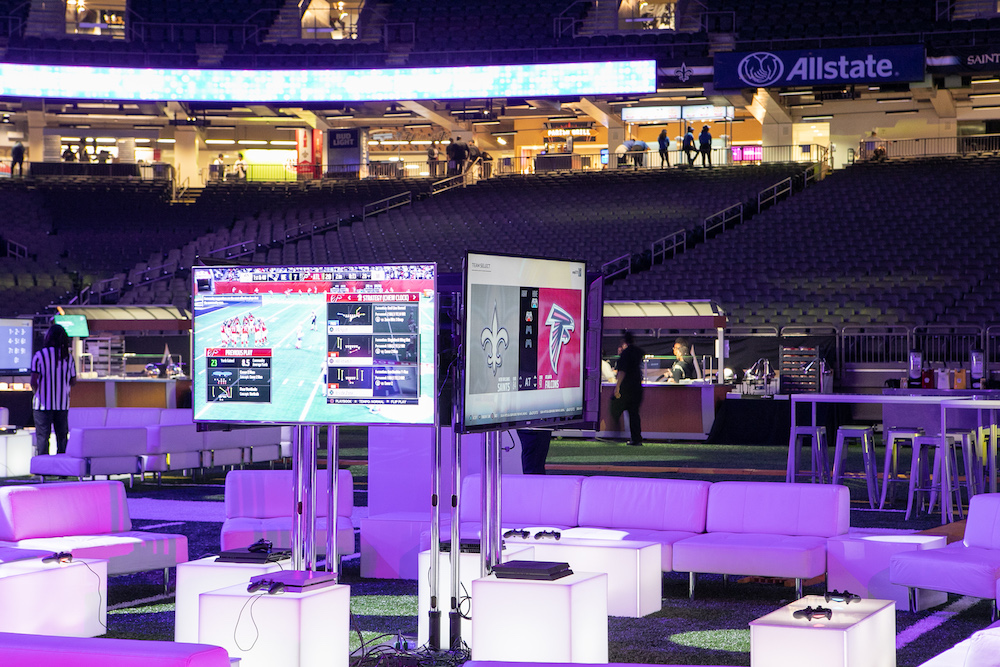 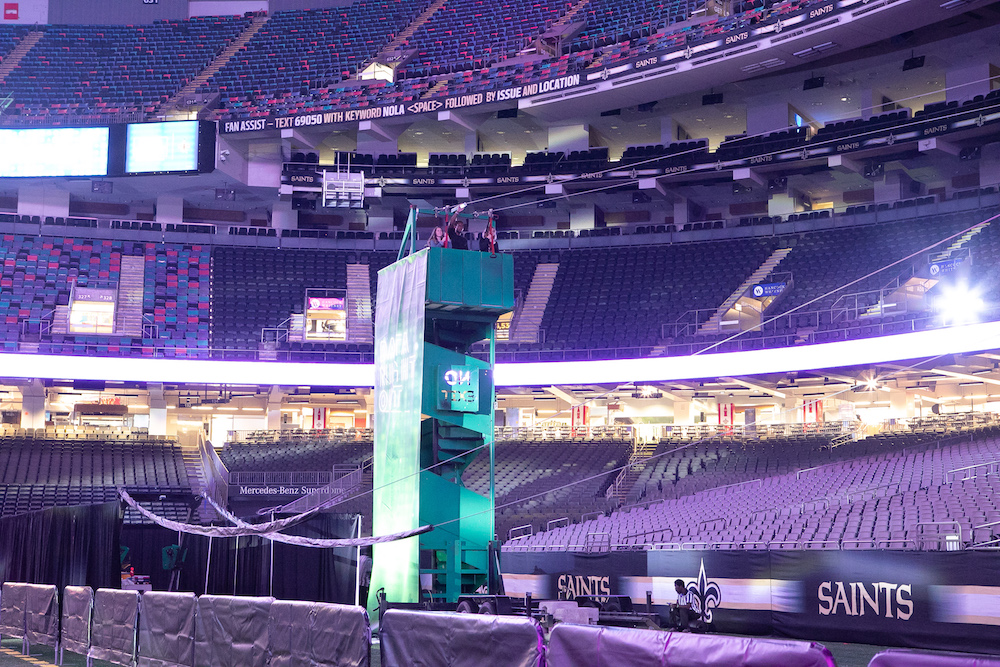 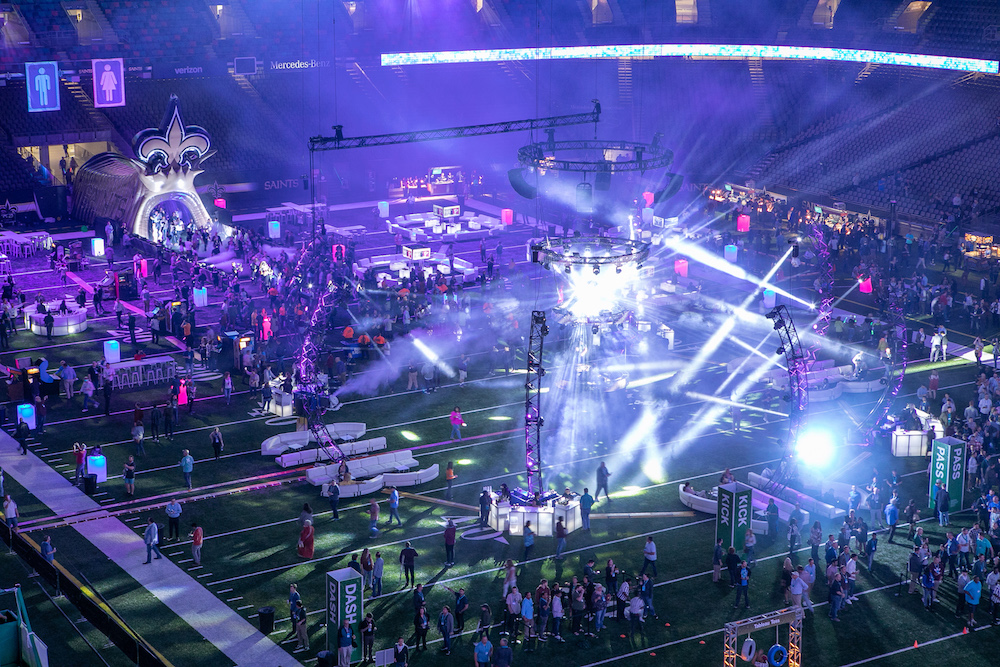 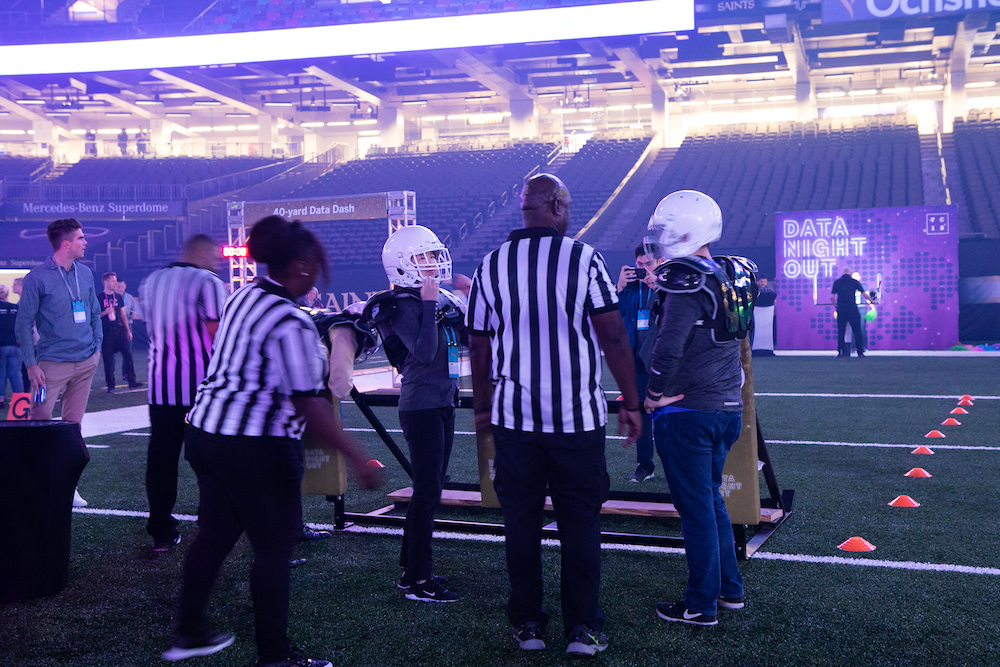 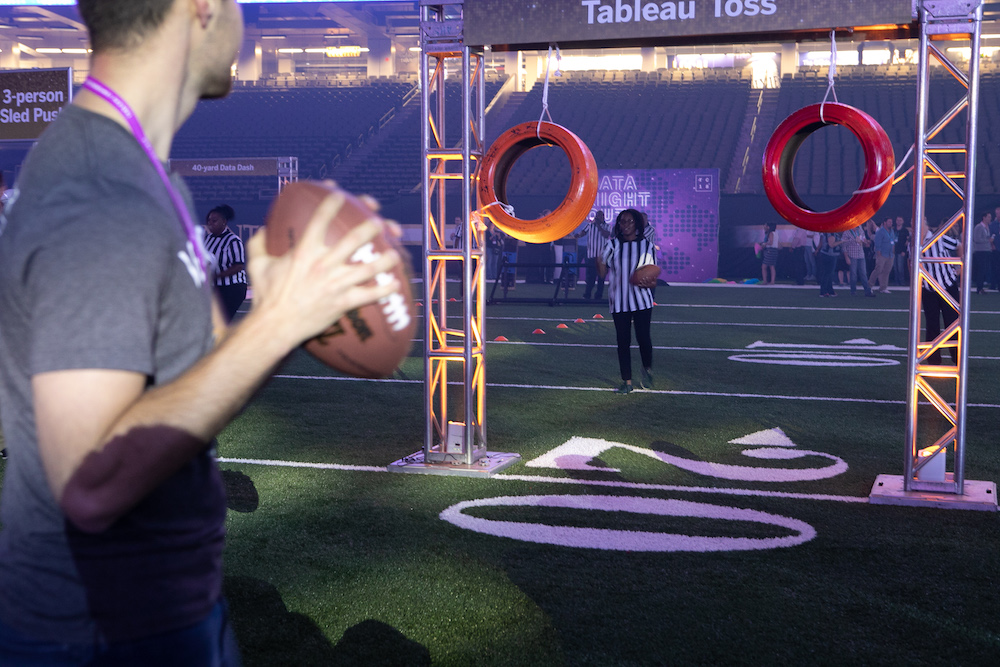 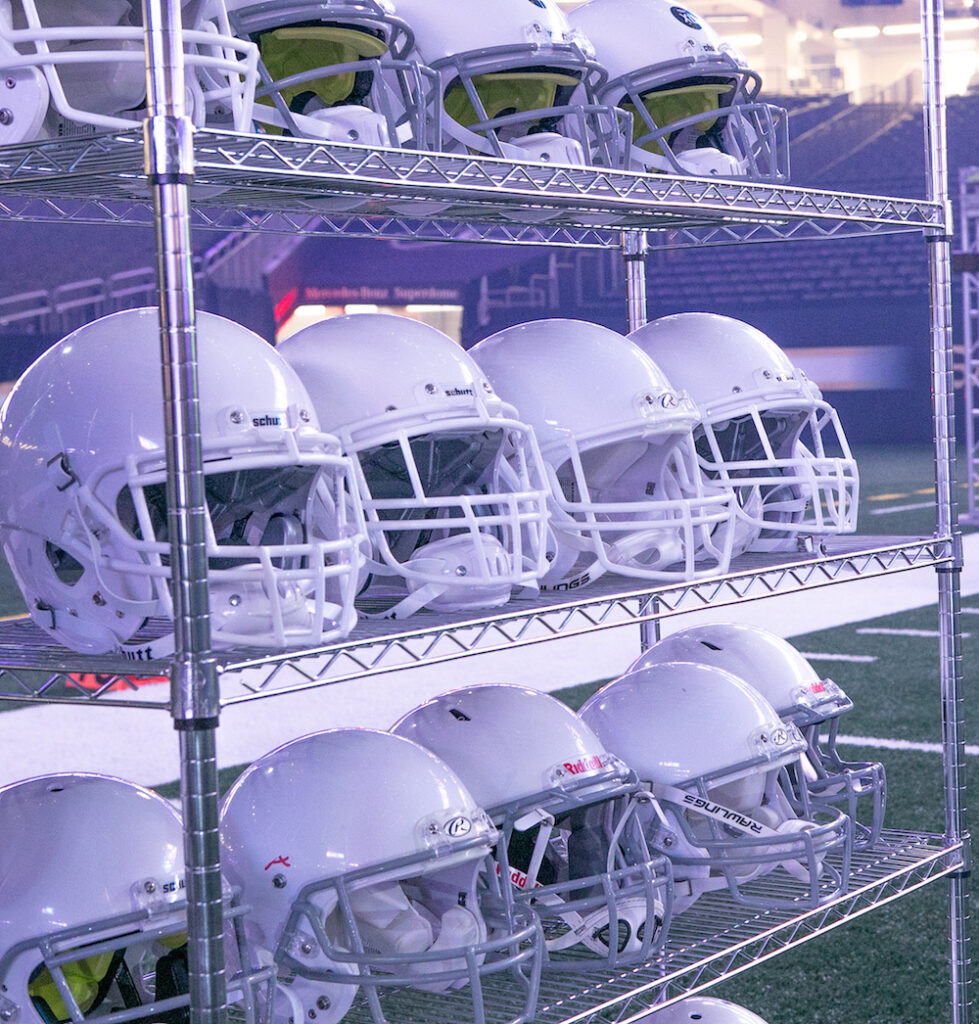 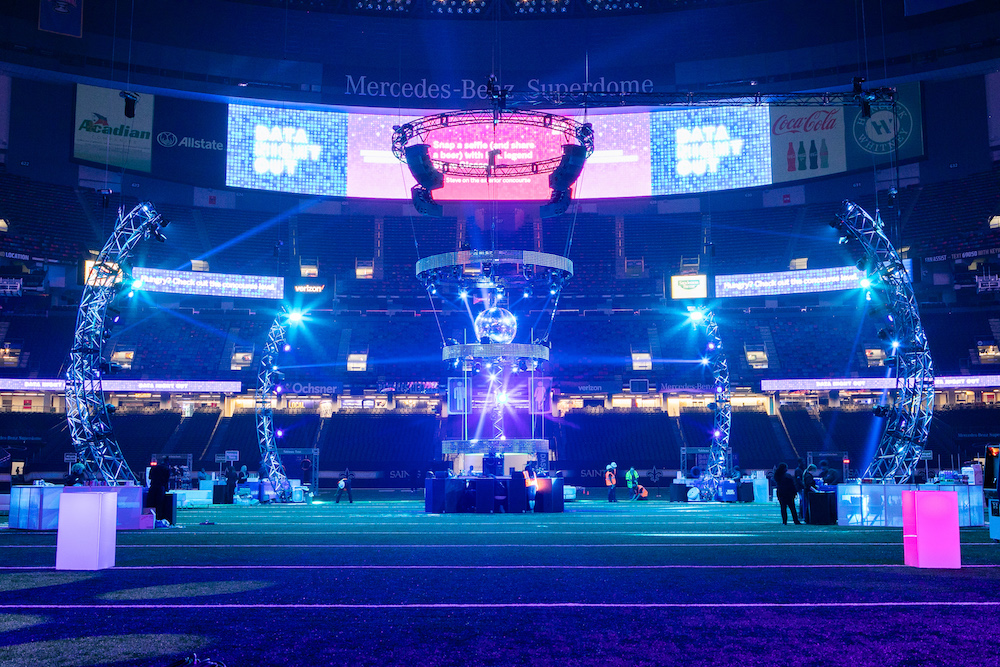 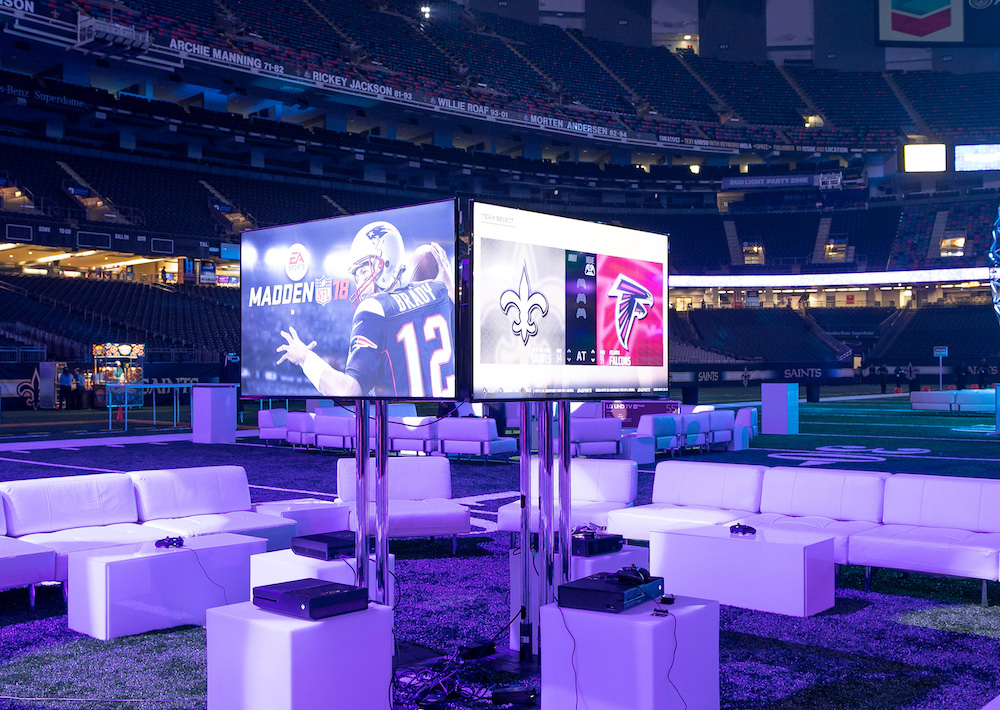 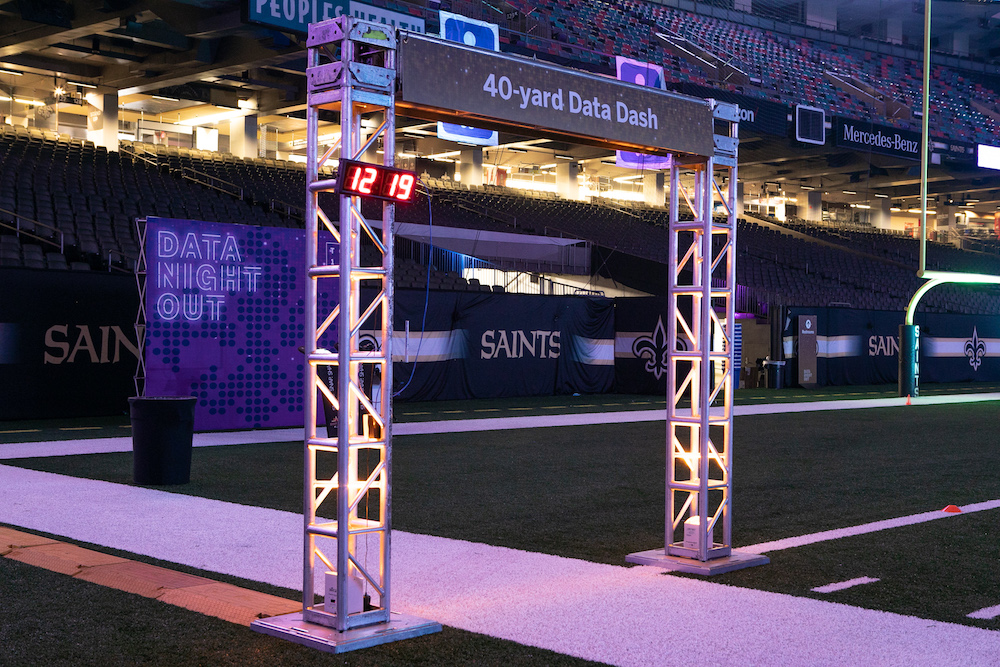 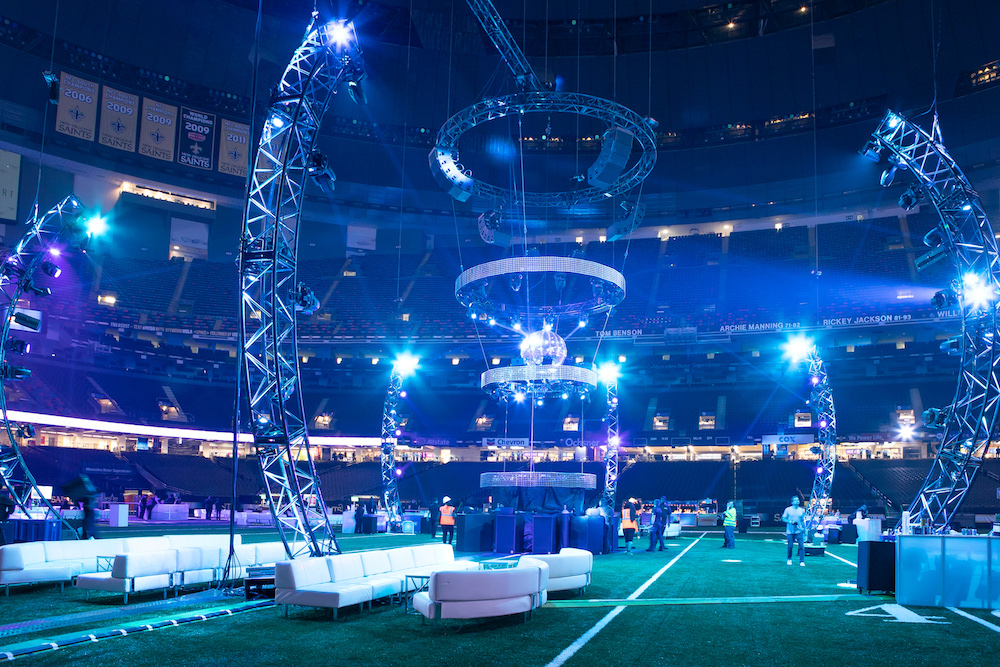